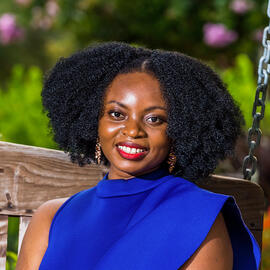 I'm a PhD candidate at Texas A&M University, where I work with Casey Papovich on searching for the most massive galaxies in the distant Universe. Prior to my PhD, I was a Clark Scholar at Texas Christian University and an intern at the Space Telescope Science Institute, where I worked with Kat Barger and Andrew Fox on the distances and chemical abundances of the Magellanic Stream's Leading Arm, respectively.I was born and raised in the beautiful West African country of Ghana. Beyond academia, I've been involved with organizing outreach events and programs including TEDxTCU, TAMU Physics Festival, Astronomy on Tap, Bryan, and more recently, LUMA. Additionally, I strive to give back to my community through mentoring via platforms such as GLASS, CUWiP and Project iSWEST. 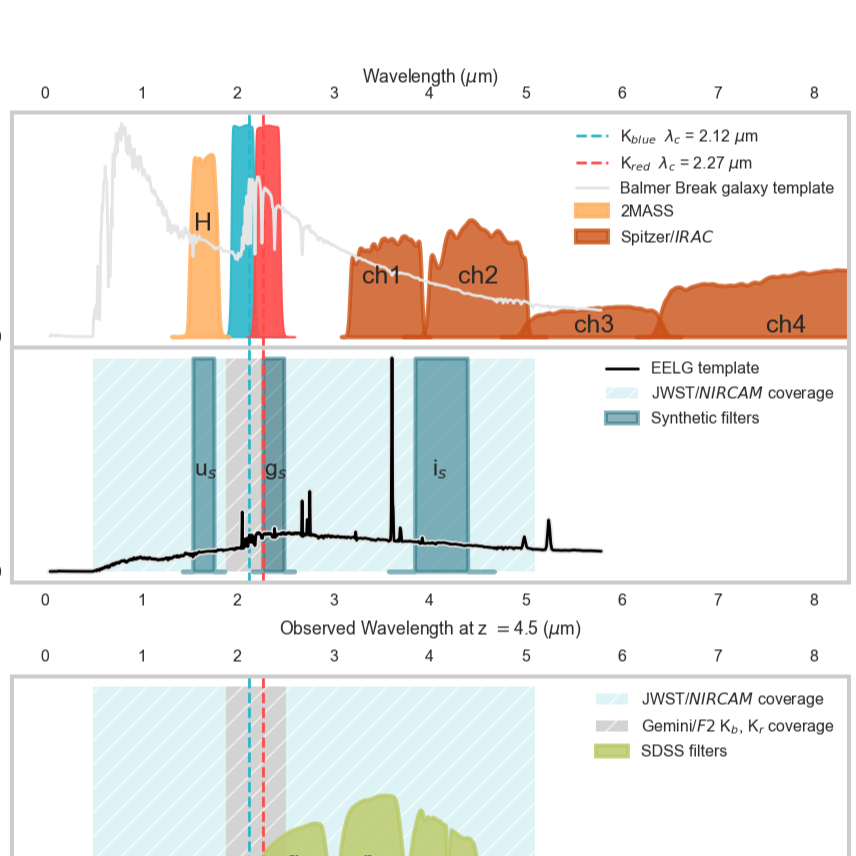 When did the first quiescent galaxies appear? How did the most massive galaxies in the early Universe form? These are the questions we hope to answer with the Flamingos-2 Extragalactic Near-IR K-split Survey.  The survey employs novel medium band K filters to reduce contamination from low redshift interlopers and increase our photometric redshift accuracy by factors of 4 and 7, respectively.

color selection of galaxies in the jwst era 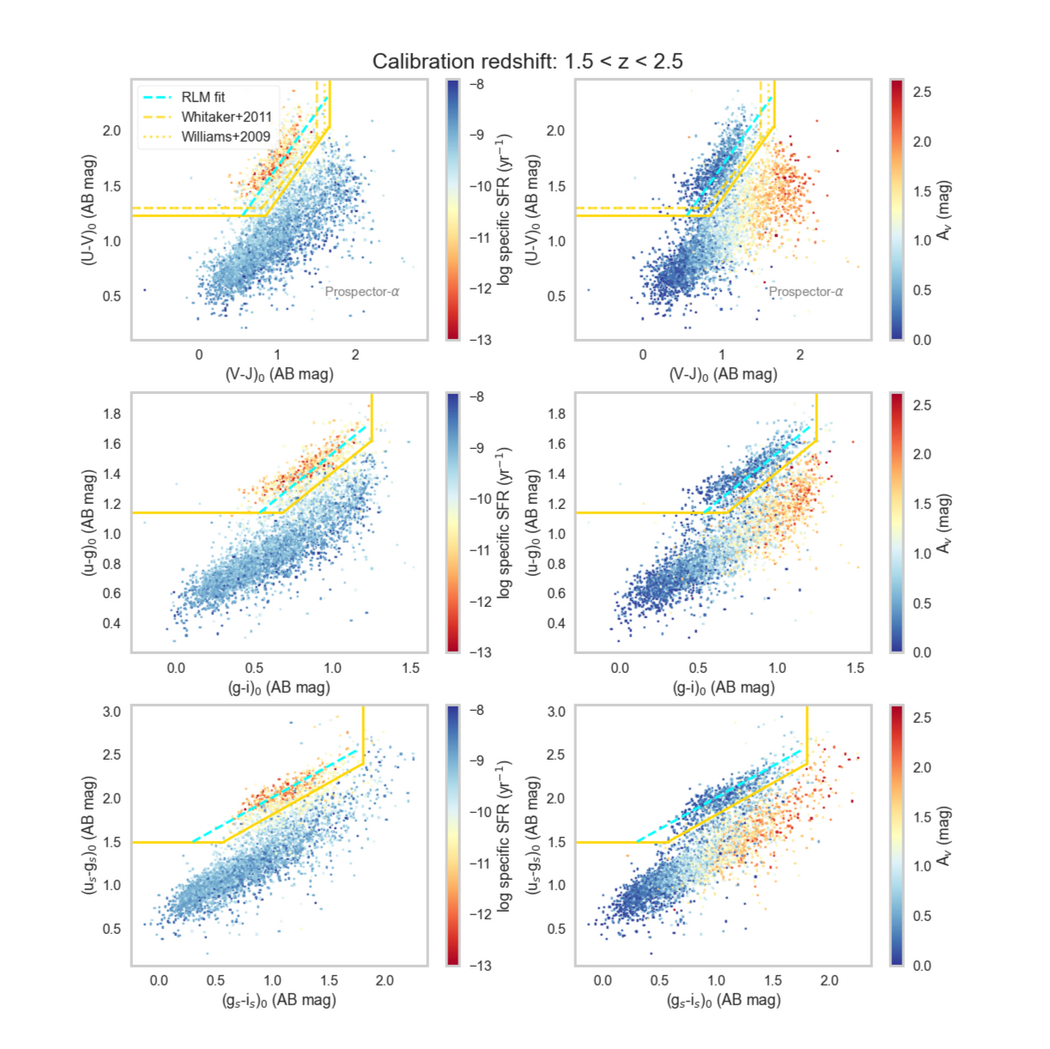 Despite its utility in separating star-forming and quiescent galaxies in large photometric datasets, the UVJ diagram is fraught with problems at z > 3. We introduce an alternative: the synthetic ugi diagram, which mitigates these limitations by 1) reducing the contamination in quiescent samples from 65% to 30% at z = 5, and 2) eliminating the need for extrapolation to determine rest-frame colors. 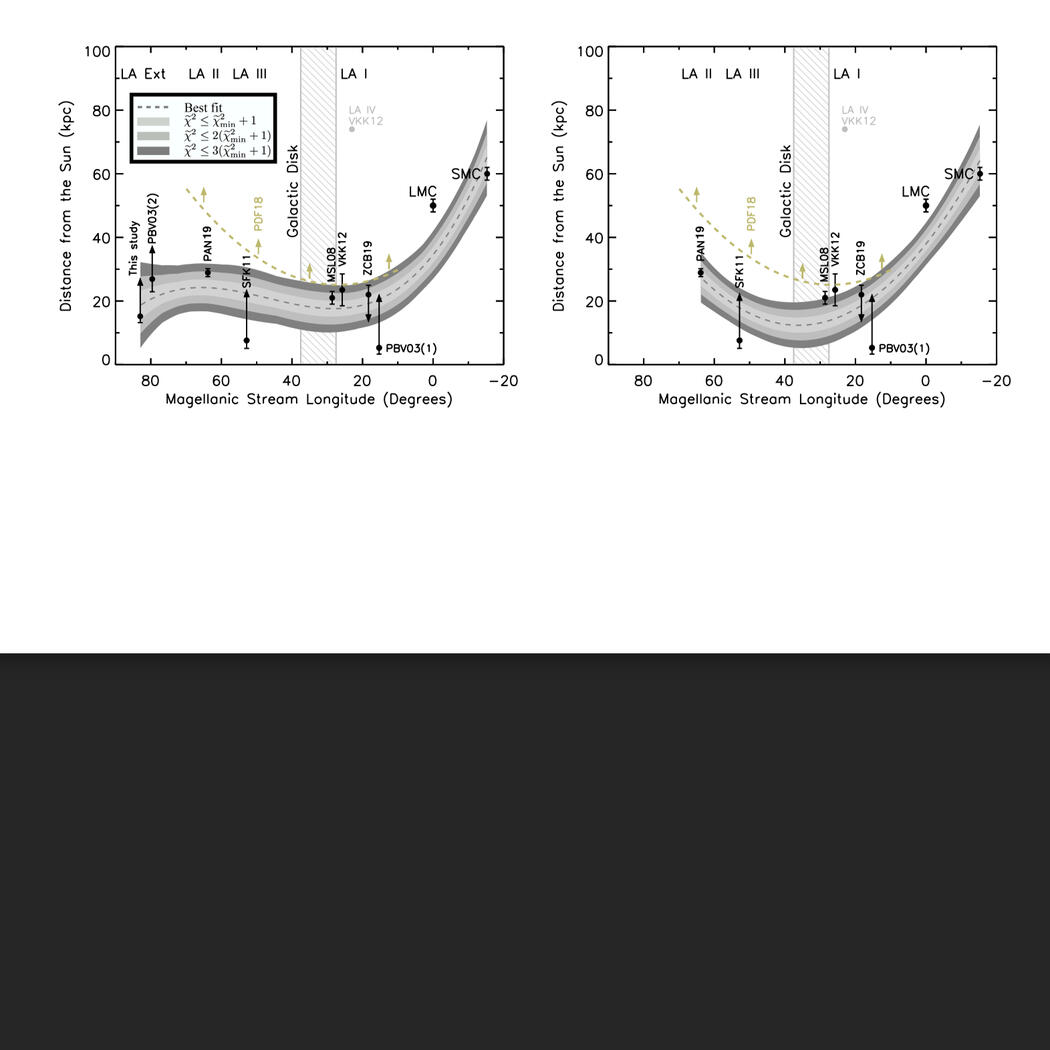 The Magellanic Stream and its Leading Arm are the largest and most massive gaseous structures in the Galactic halo. As such, they provide useful constraints for dynamical models of the Magellanic Clouds and an opportunity to study gas inflows around the Milky Way in detail. Using H𝜶 data from WHAM and HST/COS spectra, I determined the distance and chemical abundance of the Leading Arm.

Thanks for visiting my website and taking an interest in my work.
I'd love to connect with you. 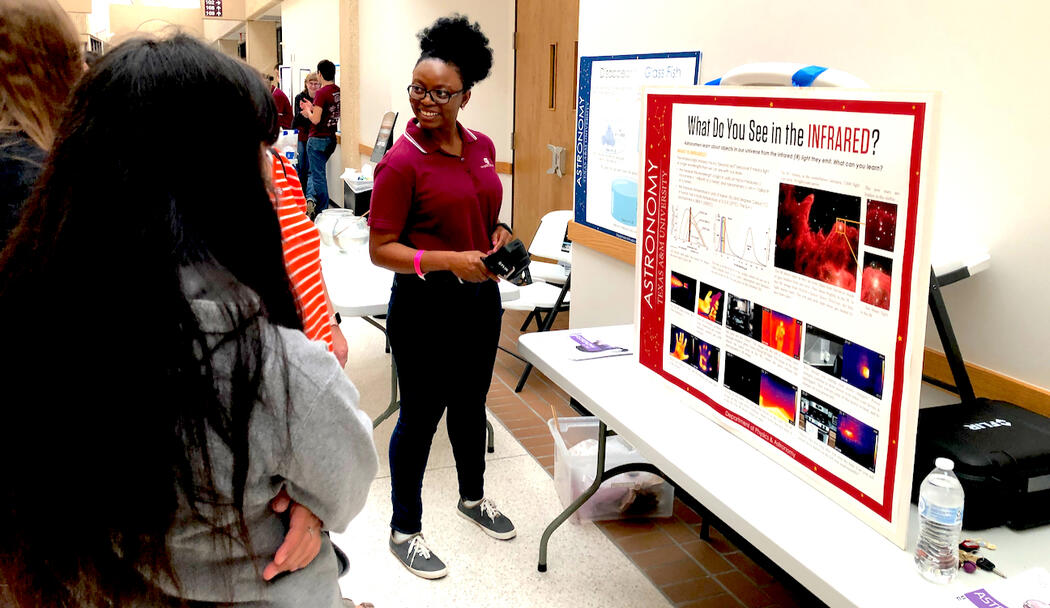